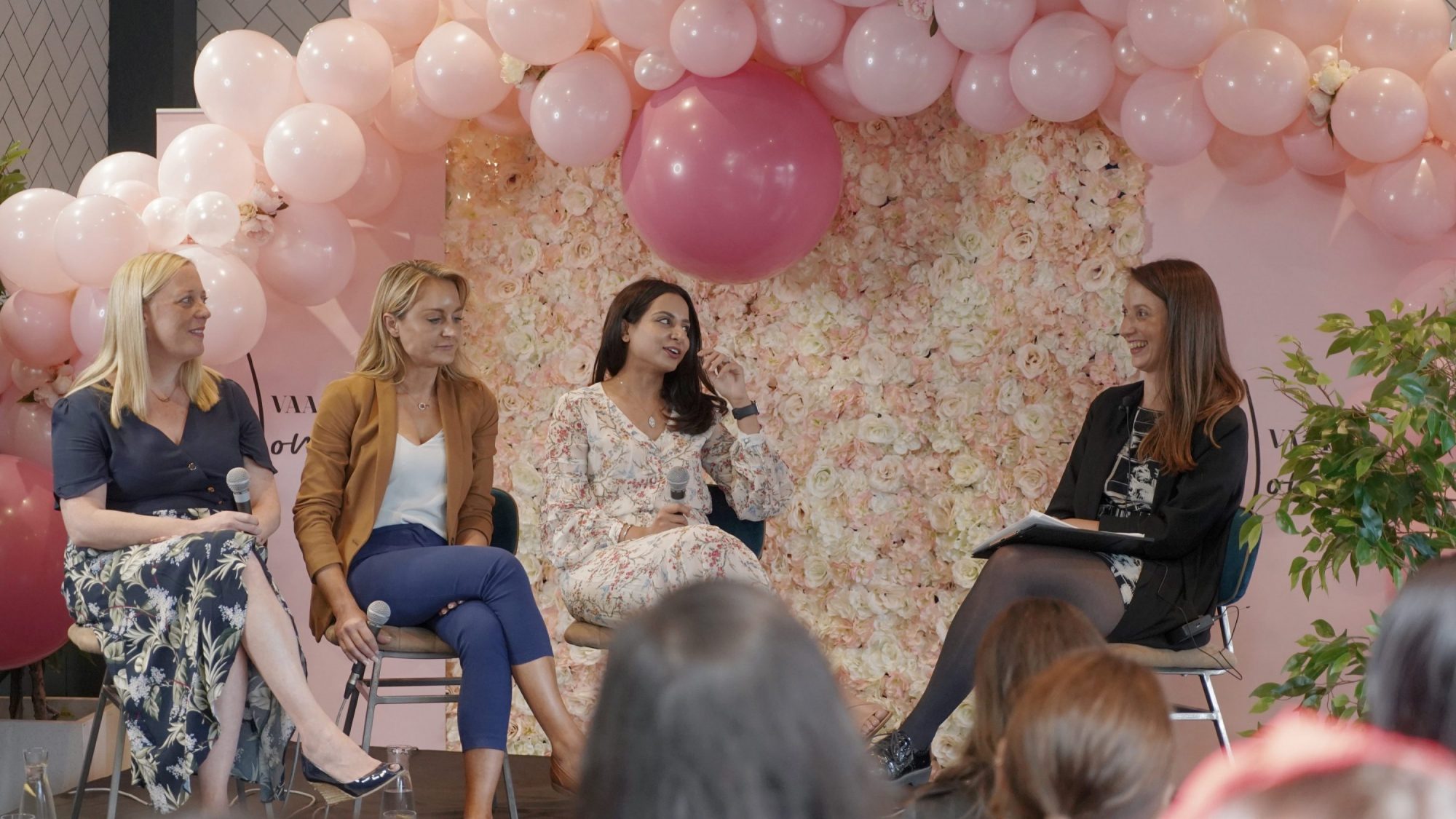 VaalWOMEN: In conversation with Female Entrepreneurs

While women in the UK outnumber men by around 1 million, there are twice as many male entrepreneurs as females.
For one evening only, a panel of leading female entrepreneurs will be getting together for an intimate and in-depth conversation to discuss how they are breaking the mould in the world of business.
The panel will share stories of trial, failure, risk and success, discuss what it really takes to be a true entrepreneur, and debate whether the risk outweighs the benefit. The audience will also have an opportunity to put their questions to the panel and get real-life advice from the experts.

RAS DEOL: Founder of Build My Gift
Ras holds a Master’s degree in HR Management and has worked for luxury goods conglomerate LVMH (Moët Hennessy Louis Vuitton) and the BBC, before setting up Build My Gift – a bespoke gifting business.
“When choosing a career path it was never my intention to start my own business or be an entrepreneur. I took a traditional route of degree, masters and then into my first job – a HR role. Working in HR for more than five years and progressing in my career, it wasn’t until I was hit with a light bulb moment that I decided I wanted more.”
Ras now ventures from store-to-store and travels from site-to-site, carefully selecting high-end items from luxury brands, to help aid the unique 3-step gifting experience. Identifying a true gap in the market, Build My Gift has featured on ITV’s This Morning, GQ, and The Metro – to name but a few!

MELISSA SNOVER: Founder & CEO of Remedy Group
A true visionary and trendsetter in the world of food technology and 3D printing, Melissa is a serial entrepreneur with numerous successful businesses under her belt. Melissa founded her first business, a financial services company, at the age of just 23. She then went onto launch her first confectionery start-up, Goody Good Stuff, which was the world’s first vegan and allergen free gummy range, making her a pioneer in the market for vegan sweets. In 2015, the Goody Good Stuff brand was present in 33 countries – making it one of the fastest growing consumer brands in Europe at the time. At its peak, the company was sold to Cloetta PLC. Melissa then turned her focus to developing the world’s first 3D printer for confectionery which allowed the consumer to become their very own Willy Wonka, with her business Magic Candy Factory. She is currently the founder and CEO of REM3DY Health Limited which pioneers personalised health solutions across nutrition and medicine under the brands, Nourish3d and Script3d. Nourish3d combines 7 different active ingredients into personalised nutrition stacks using patented 3D printing technology and a vegan encapsulation formula, and will be launched in the UK exclusively at the end of the summer. A legitimate success story, Melissa’s journey has been well documented in media including by Channel 4’s Food Unwrapped, Time Magazine, The Telegraph and Daily Express.

JOANNE BASS: Founder of XL Displays
In 2010 Joanne took the opportunity to set up her own company XL Displays – specialising in exhibition stands, pop-up displays, fabric displays and more – whilst on Maternity leave, at a time when the UK was still in recession. From the humble beginnings of starting her business from home, Joanne has grown her business to an annual turnover of £7 million, employing 50 people. XL Displays has grown to be a multi award-winning company and featured in the Sunday Times Virgin Atlantic Fast Track 100 league table. Founder Joanne Bass has won the UK National NatWest Every Woman Athena Award in 2016, Peterborough Female Entrepreneur Award from Women Leaders in 2017 and National Female Entrepreneur of the Year by Forward Ladies in 2018. The company, which boasts Virgin, Mercedes-Benz, Five Guys, Unilever, LADBible and Charlotte Tillbury as clients, has seen annual sales growth of 49 per cent over the last three years.

JESSICA LABHART: Panel Chair & BBC News Broadcast Journalist
Wolverhampton native Jessica is a Broadcast Journalist for BBC News Online, and has previously worked for the city’s Express & Star, London Evening Standard, and The Guardian. She trained to be a journalist at the renowned News Associates in London while working full time as the PA to the deputy chief executive of Arts Council England, after graduating with a Double First Class BA Hons degree in English and drama and a distinction in her subsequent M.Phil, both obtained from the University of Cambridge. In her spare time, Jessica co-directs a drama group for adults with learning disabilities and supports local charity The Homeless Period Wolverhampton. She recently delivered a TedX talk on her understanding of social capital and how making better connections with those different from us can positively impact our lives.